Logs and Rolls and Roulades, Oh My! 17 Amazing Dessert Rolls

Cinnamon rolls are the most popular kind of dessert rolls, but they’re far from the only ones.

Cake rolls, for example, use a similar style of rolled layers for flavor in every bite. Roulades and cake logs are variants of Swiss rolls with the same batter, icing, and frosting combos. You can even make alternative versions of traditional cinnamon rolls by baking them with new fillings and toppings!

If you’re looking for dessert roll ideas, you’ve come to the right place. Here are just 17 must-taste dessert rolls for every occasion.

If you can’t pass a Cinnabon without swerving inside to get one or two or six, this is the dessert roll recipe for you. It’ll let you make Cinnabon copycat cinnamon rolls right at home! There are several tricks to the process, including slightly under-baking the dough so that it remains soft, fluffy, and moist. You won’t have any trouble getting the kids out of bed when they smell these wafting down the hall.

Rich, creamy, and ooey-gooey, this salted caramel roulade is the kind that you can savor by the forkful. Chocolate cake serves as a base for a salted caramel filling made from dulce de leche. Other standout elements include a praline coating, a soft center of melted caramel goodness, and just a dash of hazelnut liquor to tie it all together. As you can tell from the name, this isn’t your ordinary Swiss roll. It’s a high-class roulade.

Made with molasses, cinnamon, ginger, and a generous amount of apple butter, this apple butter cake roll is definitely not diet-friendly. However, it’s worth the indulgence. It looks and tastes like a dessert that grandma used to make, giving it a homey quality even though it’s also picture-perfect for Instagram. Toss some confectioners’ sugar on top to give it an extra sparkle!

These chocolate raspberry dessert sushi rolls will be an instant party favorite, especially if you arrange them on a platter and serve them with chopsticks like a real Japanese dish. They’re the kind of dish that demands notice: The red of the raspberries are the perfect contrast to the dark chocolate cake and the white cream wrapped around every swirl. If you’re looking for dessert rolls for parties, say banzai! You’ve just found the perfect ones!

Do you love after-dinner drinks or coffee paired with a slice of tiramisu? These tiramisu cake rolls might intrigue you. They’re made similarly, including drenching the cake in coffee and whipping up a thick filler layer with a mix of sugar, cream, and mascarpone. However, they put a twist on the traditional tiramisu recipe by rolling the finished product rather than baking and slicing it as a sheet cake. Who knows? It could become your new favorite way to enjoy an old classic.

Pumpkin rolls are easy dessert rolls that can be made with nothing more than pumpkin-flavored batter and some powered sugar on top. If you want to go the extra mile, however, consider these pumpkin rolls with a cheesecake filling. They’ll be warm, cozy, and colorful for the fall season and beyond, and despite the addition of a creamy layer, they’re still relatively simple to make. They’ll make a good starter project if you’ve never done dessert rolls before.

The red velvet cake roll looks like a fancy dish, but in truth, it’s one of those dessert roll recipes that’s easy to follow and even easier to bake. You can even use boxed cake mix if you don’t want to cook from scratch! Rolling it will probably be the trickiest part, but don’t worry if you mess up. A cream cheese drizzle will be zig-zagged over the top for the finishing touch, and it’ll cover a multitude of sins. Your guests will probably be too much moaning over their plates to notice any errors, anyway.

There are many recipes for blueberry cinnamon rolls, but this one stands above the rest for several reasons. For starters, it uses real, fresh blueberries instead of artificial colors or flavors. It also utilizes a few cooking hacks like adding orange juice to the batter to intensify the blueberry blast. Last but not least, it creates a sticky-sweet filling between the layers that almost turns them into jam rolls. If you’re looking to try something new at breakfast, these are the dessert rolls for you! They’re a rich and high-quality recipe that’ll become a staple for the future.

Perfect for the holidays, this Yule log will put a fun twist on the usual dessert roll ideas. Since it’s covered in a creamy chocolate ganache, it’ll have the earth tones of a real tree trunk, and you can make it even more lifelike by running fork tines through it to mimic the appearance of bark. Another nice touch will be toppings like sugared cranberries and sprigs of rosemary. It’ll look so pretty that you won’t even want to eat it! Maybe you could save it for Santa.

So zesty that they’ll sing on your tongue, these orange sweet rolls have orange in almost every component of the dish. The filling is made with orange marmalade blended with butter and brown sugar; the icing uses orange juice and orange zest along with milk, butter, and powdered sugar. It isn’t overbearingly sweet, however, since the rich and flaky dough brings it back down to earth. It’s just “orangely” delicious!

Bring in the New Year with these champagne cake rolls. Also great for weddings, bachelorette parties, girls’ nights, and other occasions, they’re one of the most unique ideas for dessert rolls that you’ll find on the web. The booze is baked right into the sponge cake! It’s also included in a champagne whipped cream filling that absolutely melts in the mouth. The final result is sweet, a bit tart, and utterly memorable. No one at your event will forget these.

This strawberry cake roll is another dish that’s almost too cute to eat. Not only does it use food coloring to give both the cake and the filling a delicate pink hue, but it also decorates the top layer with piped frosting in the form of mini-strawberries and polka dots. Don’t worry: When you’re done taking pictures, it’ll taste just as good as it looks! The only danger here is that your friends will start bugging you to make them again and again.

These lemon sweet rolls are baked like regular dessert rolls until it’s time to add the glaze. That’s where their namesake becomes apparent. Made with cream cheese, lemon juice, powdered sugar, and heavy cream, it’s a glaze that’ll absolutely drip with decadence, especially if the rolls are served warm. They’ll be excellent as a sweet breakfast or brunch. They could also serve as an after-dinner snack with a cup of coffee.

Looking just like the packaged version, these chocolate Swiss rolls are sure to be a hit. They only require a few ingredients, making them easy dessert rolls for a beginner, and you can even substitute the flour and baking powder for a boxed cake mix. If you’re short on time, or if you need to whip something together for a last-minute dessert, these Swiss rolls can be a good and tasty option.

If you love the deep and complex flavors of chai tea, you’re going to inhale these chai latte cinnamon rolls. Not only is the dough enriched with chai spices like cinnamon, cardamom, cloves, ginger, and nutmeg, but you can add an extra kick by swapping out the milk of the filling with chai tea milk. When you’re all done, you’ll have a beautiful and selfie-worthy platter of chai cinnamon rolls that you can smell from a mile away. The aroma is just like a real chai latte, too! It’ll be as authentic as it is delicious.

If you can’t decide which berries to use in your dessert rolls, use them all. This triple berry meringue roulade is a great way to finish off the season’s harvest or to maximize the antioxidants in your fruit-based treats. It’s also advertised as a Fourth of July dessert since the finished product is red, white, and blue, but you don’t have to wait for Independence Day to make it. Its mix of blueberries, blackberries, and raspberries can be enjoyed year round. Just be extra careful with the rolling of these since the explosion of mixed berries can easily “bleed” into the rest of the dish and ruin your colors.

Funfetti cake rolls are a kid favorite. They’re absolutely covered in sprinkles, and since there’s no way to mess that up, your little one can wield the bottle themselves. Enjoy some bonding time in the kitchen as you decorate together! Another great thing about these cake rolls is that each one is basically a slice, so they can serve as a fun birthday party idea. Who needs a traditional cake when you could have frosted and sprinkled cake rolls instead?

These are just a few dessert roll recipes that can elevate your usual after-dinner treats. Whether you’re planning a party, cooking for your family, or simply looking for the next cool thing to bake, these dessert rolls should definitely inspire you! 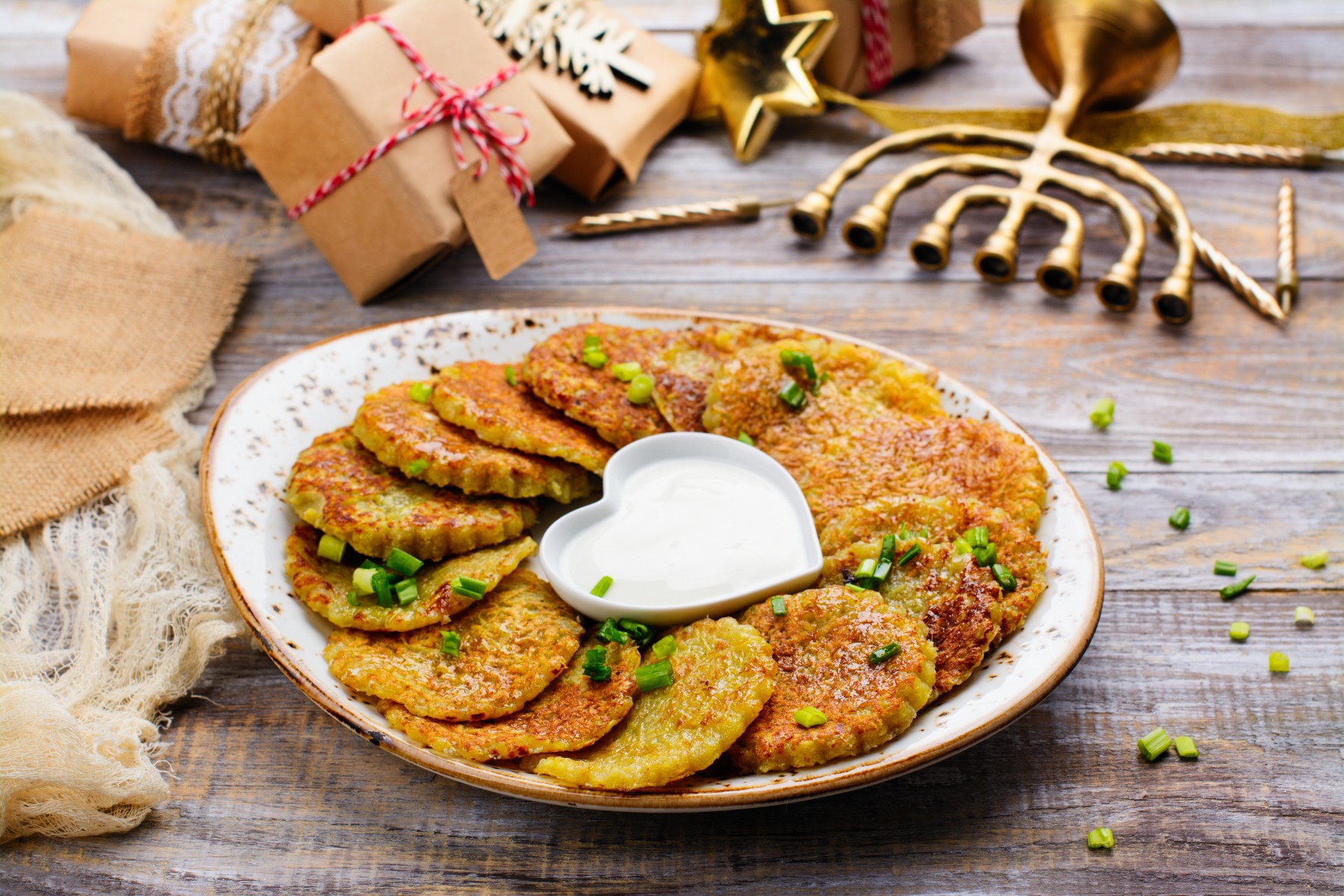 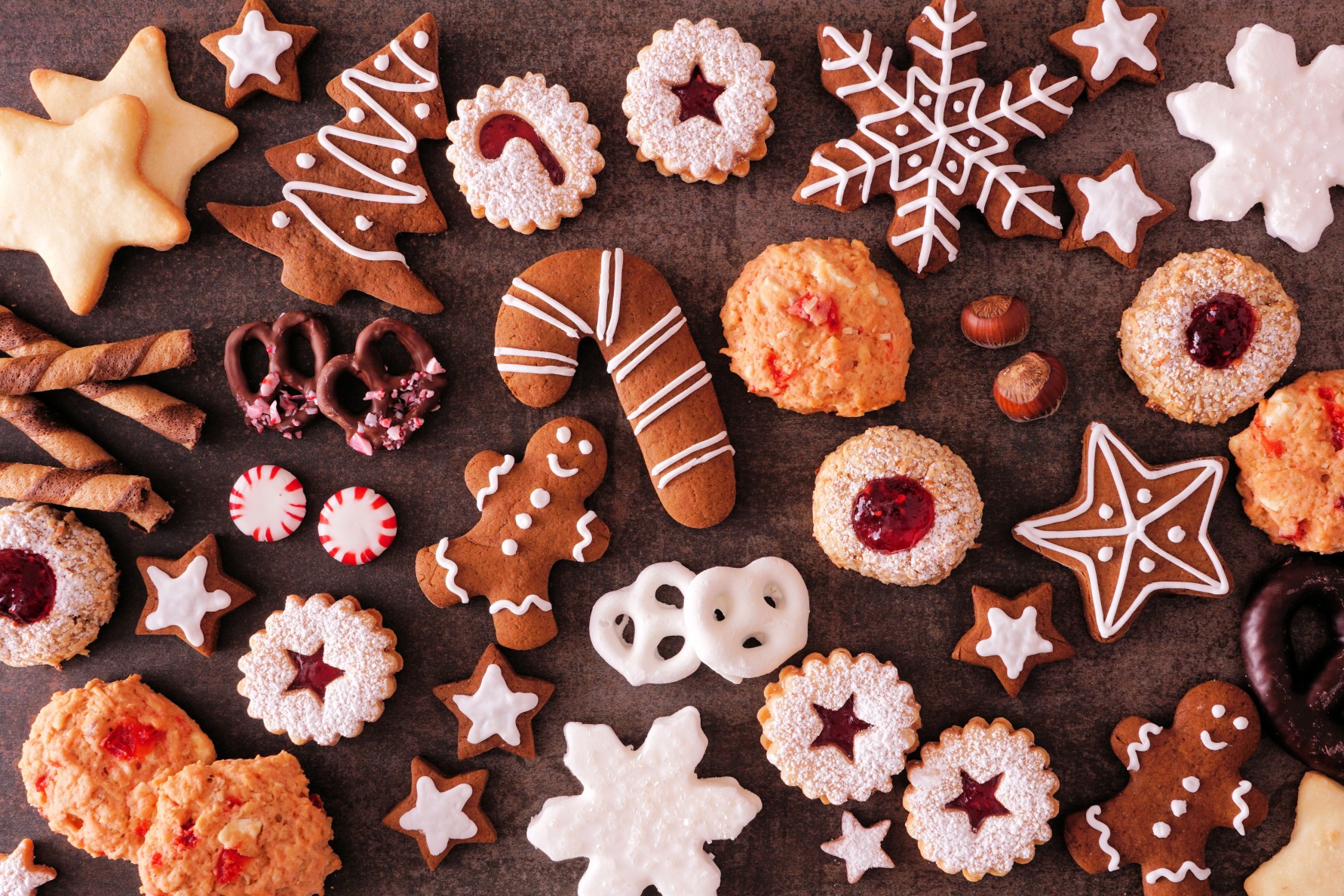 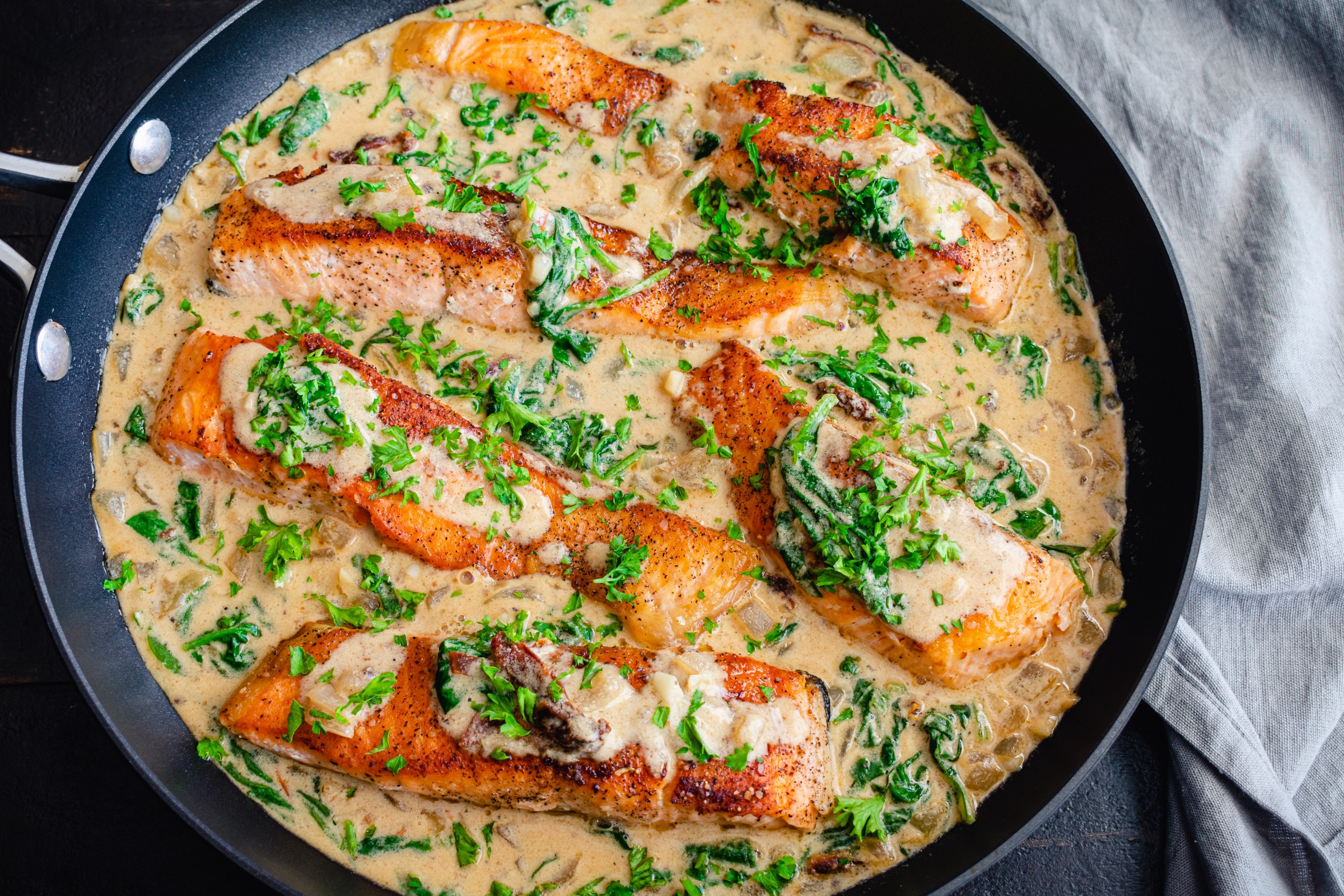 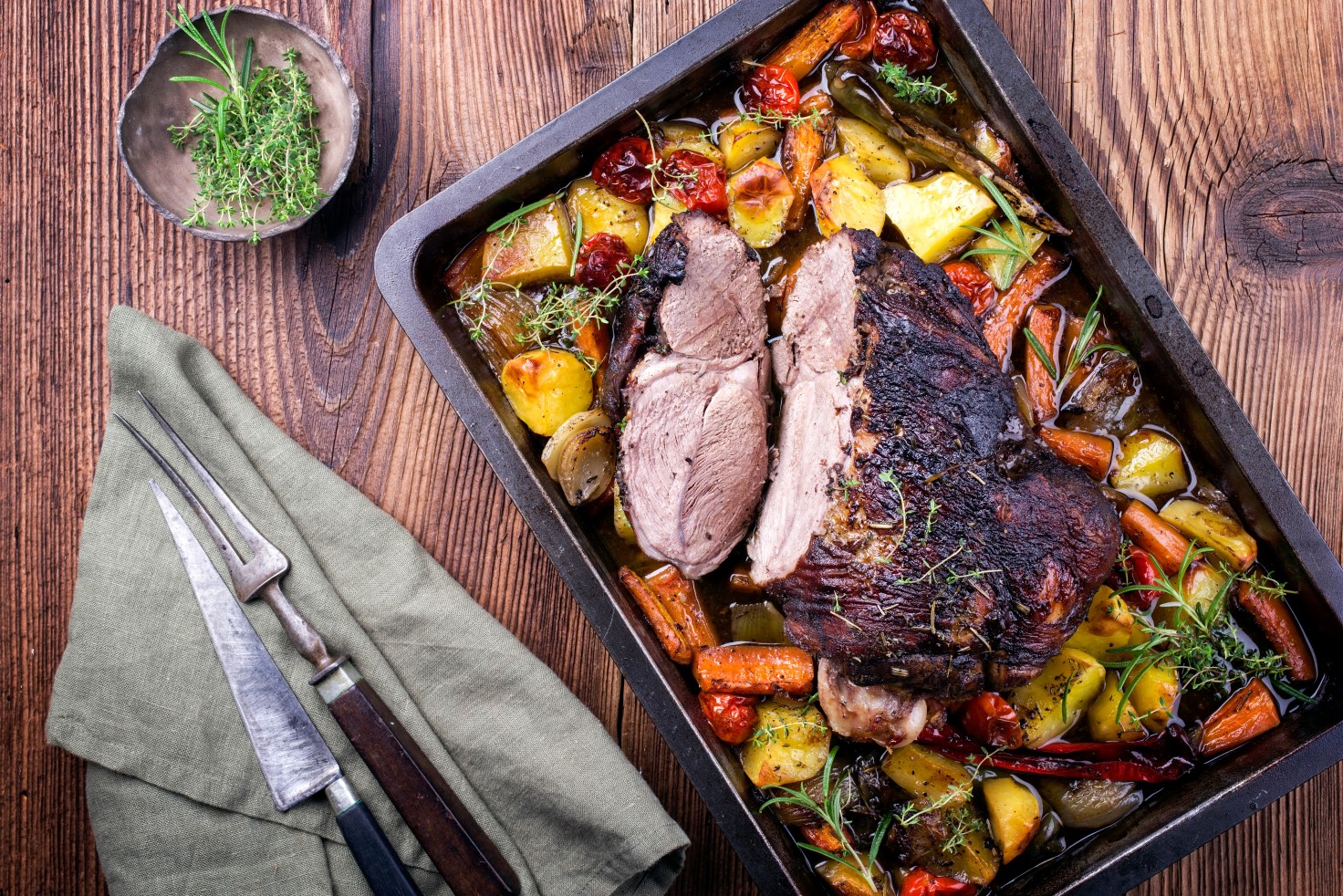 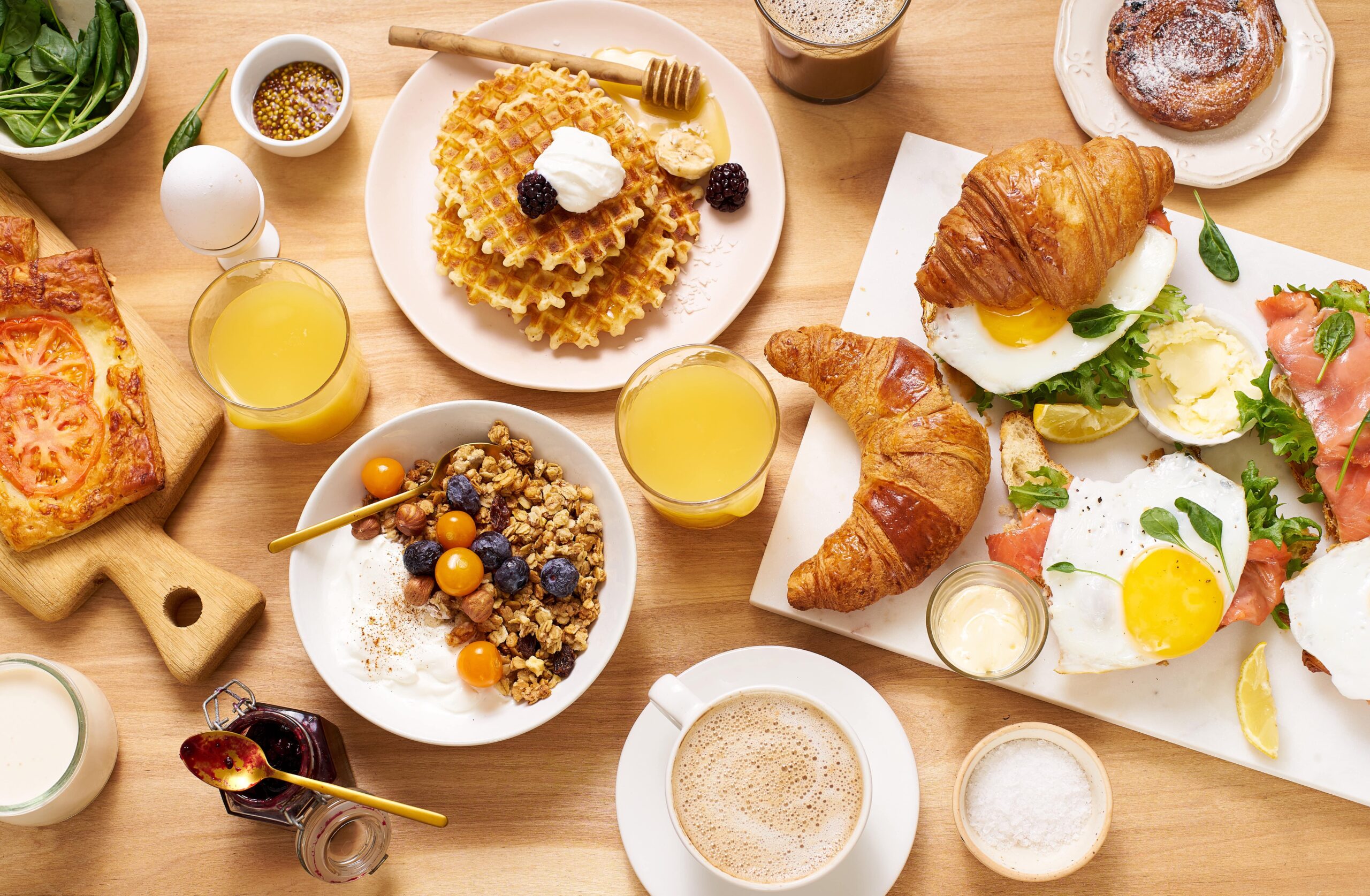