Plant-based recipes can bring a lot of color, flavor and texture to your plate. They don’t have to be vegan or vegetarian, either; they can simply prioritize the nuts, grains, fruits and veggies over the meat, making them the stars of the dish rather than the sides. If you’re looking for nutritious eats with lots of green, here are just a few ideas for eating more plants!

If tuna sandwiches are a staple of your children’s lunchboxes, consider switching to a healthier version with this plant-based recipe. It uses sprouted grain bread to deliver three times the nutrients as processed bread, and it’s piled high with fresh, delicious ingredients such as cucumber and fennel. You can even make the tuna spread healthier by skipping the mayo and other additives.

Inspired by the flavors of Thailand, this coconut tofu stir-fry will make you feel like you’re dining on a beach in Bangkok. It uses ginger, coconut, soy sauce and brown sugar to give it that traditional Asian flavor, and it incorporates tofu rather than meat for the vegetarians out there. If you buy extra-firm tofu and press it properly, you might not even notice the difference.

If you’re looking for vegetarian dinner ideas that can “pass” as meaty meals, consider these lentil-mushroom meatballs. Like their name suggests, they’re made with lentils, mushrooms, onions and wheat berries rather than any kind of meat. A garlic-and-tomato marinara sauce can be poured over the top. Serve the whole shebang over rice or noodles, or use it as a filling for sandwich bread. Who needs Subway?

Strawberry and almond is a powerful duo, and when you combine it with quinoa, chia seeds, coconut milk and steel-cut oats, you’ll have an absolutely amazing breakfast recipe. You’ll also get your daily recommended servings of several different food groups, and since it’s so tasty, the little ones won’t even know. The whole family will happily enjoy.

If you’re trying to cut back on your carbs, these stuffed bell peppers can be a way to ditch the rolls and tortillas in favor of fresh veggies. You can put anything that you want inside of your “vessels,” including crumbled meats, melty cheeses, spicy herbs and diced grains and seeds. Don’t be afraid to get creative! You can also try similar recipes with squash rather than bell peppers.

Nacho lovers, this one is for you. It has all of the thick, stick-to-your-ribs goodness of game day nachos, but it’s prepared with potatoes rather than tortilla chips, and it’s topped with vegetables to bring more green to your dinner table. If you don’t like lime, feel free to swap the lime from the recipe in favor of making another type of crema. It’ll all drizzle enticingly over the nacho fries.

This mac and cheese is so delicious that it’ll become one of your go-to vegan dinner ideas. It’s also a cinch to make! Macaroni noodles are already vegan, and from there, it’s just a matter of whipping together a dairy-free cheese sauce. The trick to getting that rich, creamy and mouthwatering “cheese” appearance is to boil cashews and put them in a blender along with water, yeast and your choice of herbs and spices.

We’ve been using a lot of veggies and grains in this list, but what about fruits? What can you cook that fully utilizes the light, fresh and crisp flavors of summer? You might try these honey lime chicken tacos topped with watermelon salsa. Their zesty flavors will absolutely sing on your tongue, and their colorful presentation will be appealing to kids and spouses alike. As a bonus, no one ever says no to tacos.

Avocado toast might sound like something that you’d need to order at a fancy cafe, but you can actually throw it together at home in less than five minutes. Just mash your avocado in a bowl before mixing it with salt, pepper, cilantro and lime juice and spreading it over your toast. Top the whole thing with a fried egg for a breakfast feeling, or add some salmon, beans, spinach, tomatoes or salsa for a savory lunchtime meal.

Sushi rolls are another way to get creative with your children’s lunchboxes. If they don’t like raw fish, just switch out the seafood for whatever other ingredients that you think would taste good in a rice-filled, nori-covered ball. Options include carrots, cucumbers, spinach, tuna, salmon, pickled radish, imitation crab meat and more.

If you love pasta but hate the carbs that come with it, consider this ultra-creative pasta bowl instead. The noodles are made from zucchini, and the pasta sauce is made from portobello mushrooms mixed with tomatoes, carrots, celery, onion, oregano, garlic and red pepper flakes. The end result will look like colorful spaghetti, and that’s exactly how you can sell it to the kids.

With brown sauce dripping from golden-crusted rolls, your guests won’t even realize that these sandwiches are made with shredded jackfruit rather than chicken or pork. They’re one of those meatless meals that can absolutely fool you. They’re also quite spicy, so even though the coleslaw is listed as optional in this recipe, go ahead and make it. You’ll want to have something on hand to balance the heat.

Despite the fact that it’s called a radish salad, the chickpeas are the true showstoppers of this crunchy and colorful salad bowl. They’re tossed with olive oil, sea salt and paprika before being roasted in the oven and scattered on top of the rest of your greens. The yogurt dill dressing is just icing on the cake!

Do you have unexpected company? This healthy, plant-based meal can be tossed together in just 20 minutes, and your guests will never even know. It’s also fully customizable with any vegetable scraps that you have lying around, so you won’t need to make an emergency shopping trip! You can put together a warm, fragrant and utterly delicious ragout stew with the ease and breeze of Martha Stewart.

With a name like “The Ultimate Mediterranean Bowl,” you’d expect this recipe to be amazing, and you’d be right. It’s jam-packed with the flavors and aromas that you’d expect from a bustling street in Barcelona, but it’s also fresh, natural and healthy like so many other dishes of the Mediterranean diet. The hummus is creamy; the falafel is crunchy; the mixed greens are plump and crispy. You’re going to love this salad bowl!

Perfect for busy mornings when you’re rushing to get the kids out of the door and on the bus, these breakfast burritos are made with beans, salsa, spinach and sweet potato chunks for a flavorful mouthful that’s also farm-fresh. You can add meat if you’d like, and you can toss in some eggs and cheese for a more traditional breakfast feeling. Just make sure to keep the beans and veggies to keep it plant-centric.

Another fruit-based dish, this recipe also makes use of fresh grains and nuts, so you’ll get to tick off multiple boxes in the food pyramid. The cherry and green apple flavors will have a tartness that perfectly harmonizes with the sweetness of the sugar, maple syrup and apple cider vinaigrette. The farro will tie it all together with a crunchy component.

A great alternative to chicken wings, buffalo cauliflower is so finger-licking good that your kids will be begging to eat their veggies. It’s made with baked, bite-sized cauliflower rolled in flour and buttermilk and topped with a homemade glaze of garlic, butter, paprika and chili powder. It’s the kind of no-meat meal that’s sinfully indulgent without the actual sin!

You don’t have to give up self-indulgent meals just because you’re eating more plants. In fact, this African peanut stew might just be one of the heartiest dishes that you ever make! It combines peanut butter and pumpkin to create a thick base, and it’s further flavored by ginger, cumin, coriander, tomatoes, spinach and peanuts. You can serve it over rice or with a heaping side of potatoes or bread.

Pizza is always a family favorite, and this recipe goes the extra mile with fresh and organic ingredients every step of the way. The crust is made with yeast and whole wheat flour; the toppings include everything from eggplant to minced rosemary and garlic. You can even make it vegan by using a dairy-free version of mozzarella cheese!

Did you know that healthy plant-based meals can also include desserts? These cookies swap out eggs and butter for dates and unsweetened applesauce, and the rest of their ingredient list is similarly healthy; you’ll only need things like oats, walnuts and lemon zest. The trick to keeping them soft and chewy is a long, slow bake that cooks them without drying them out.

These are just a few plant-based recipes that can bring fresh and healthy ingredients to your plate. If you’re ready to change your diet for the better, consider these delicious and nutritious meal ideas! 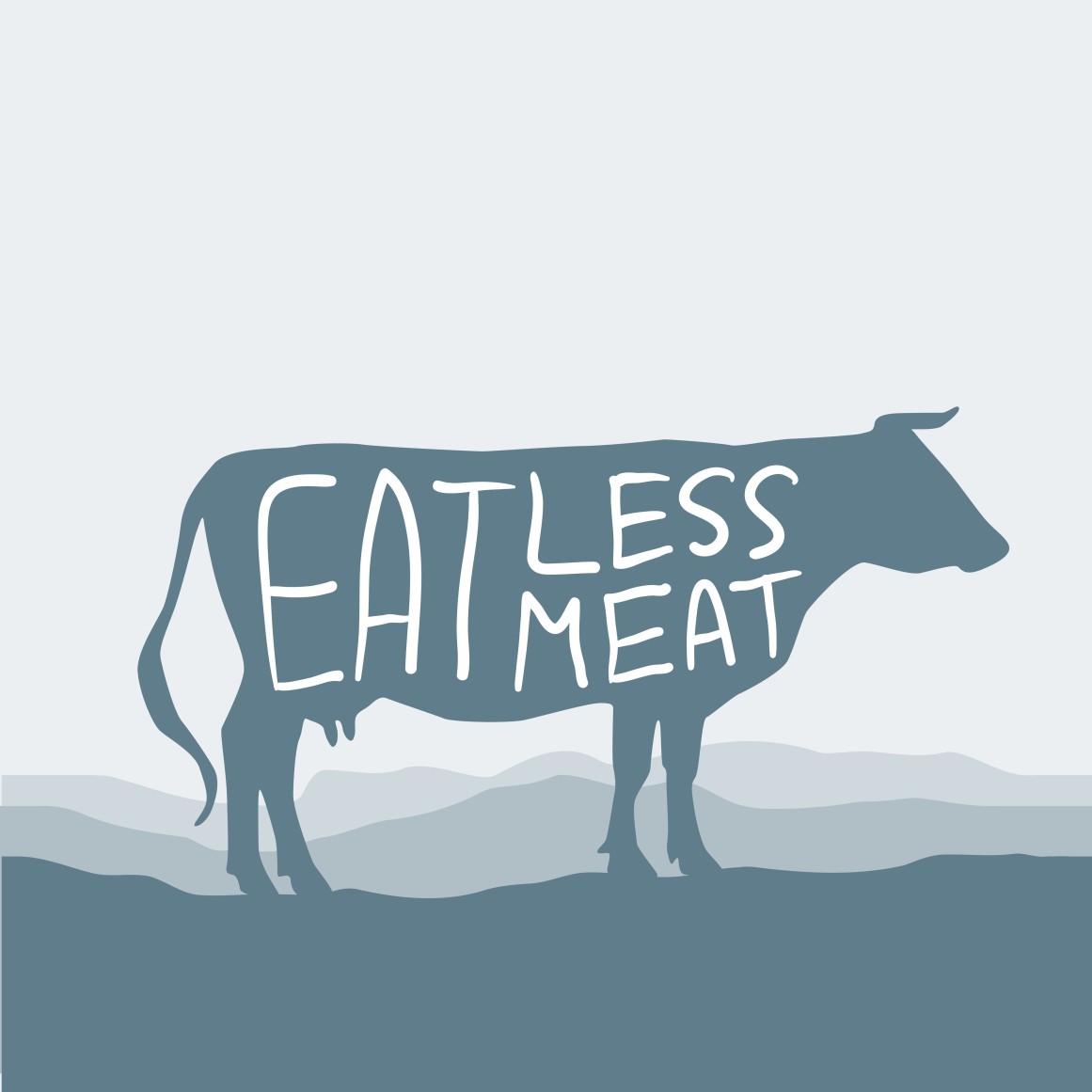 How to Eat More Vegetables and Less Meat 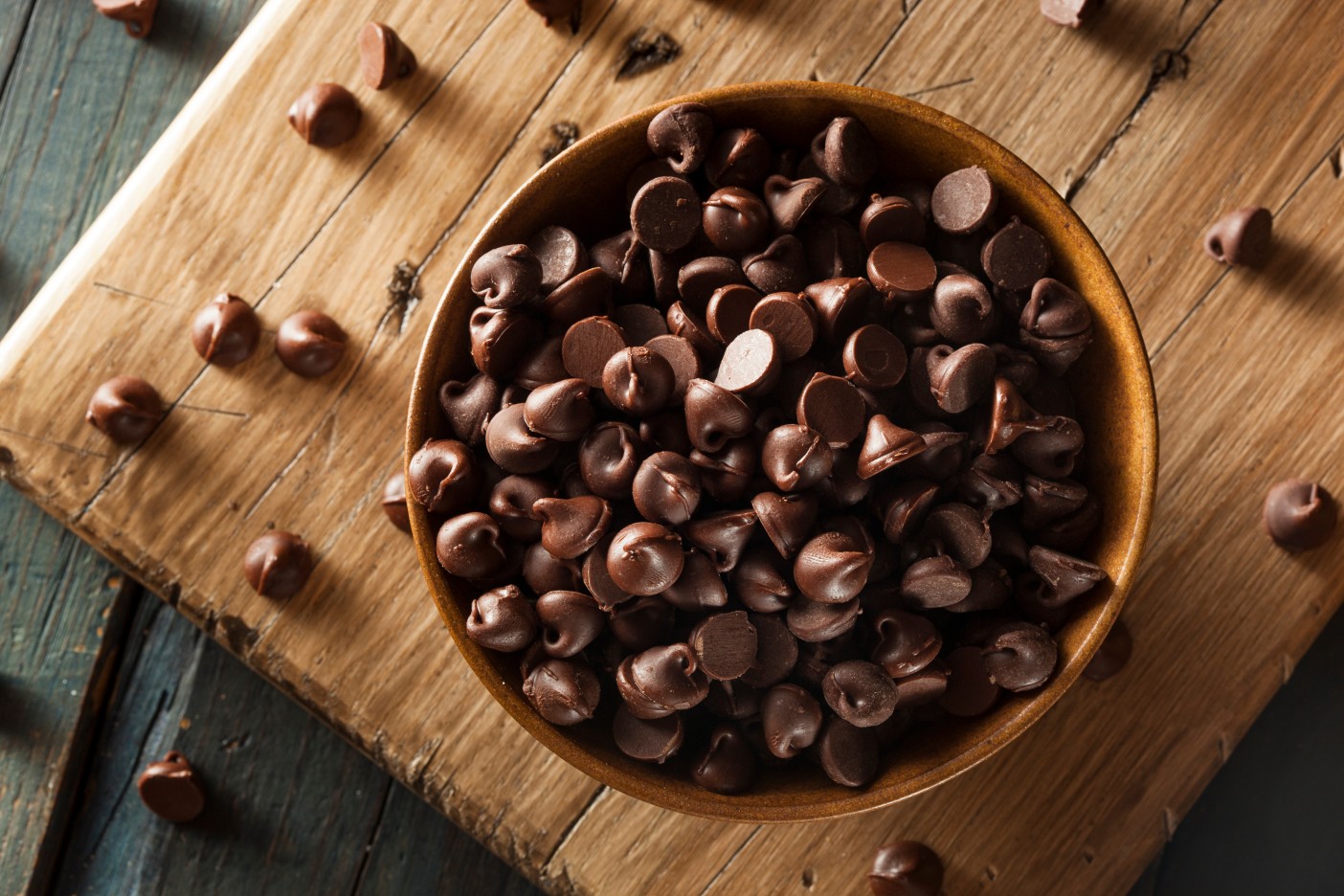 Sweeten Your National Chocolate Chip Day with these Recipes 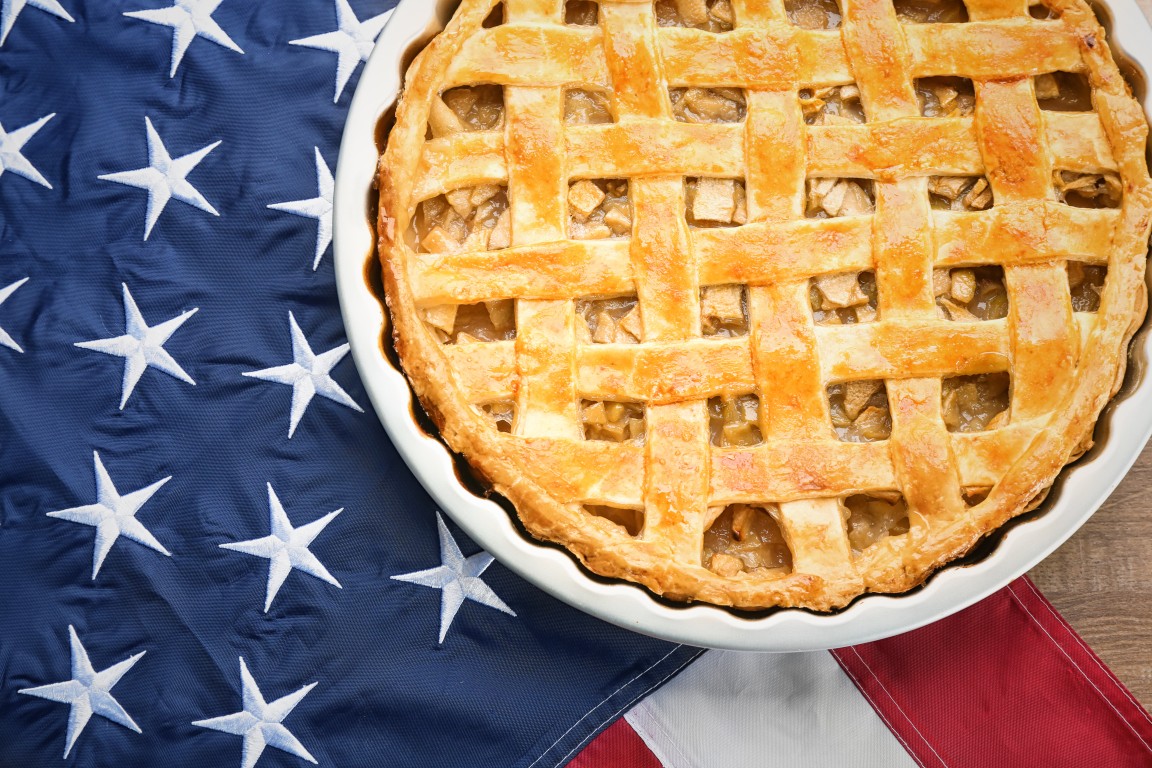 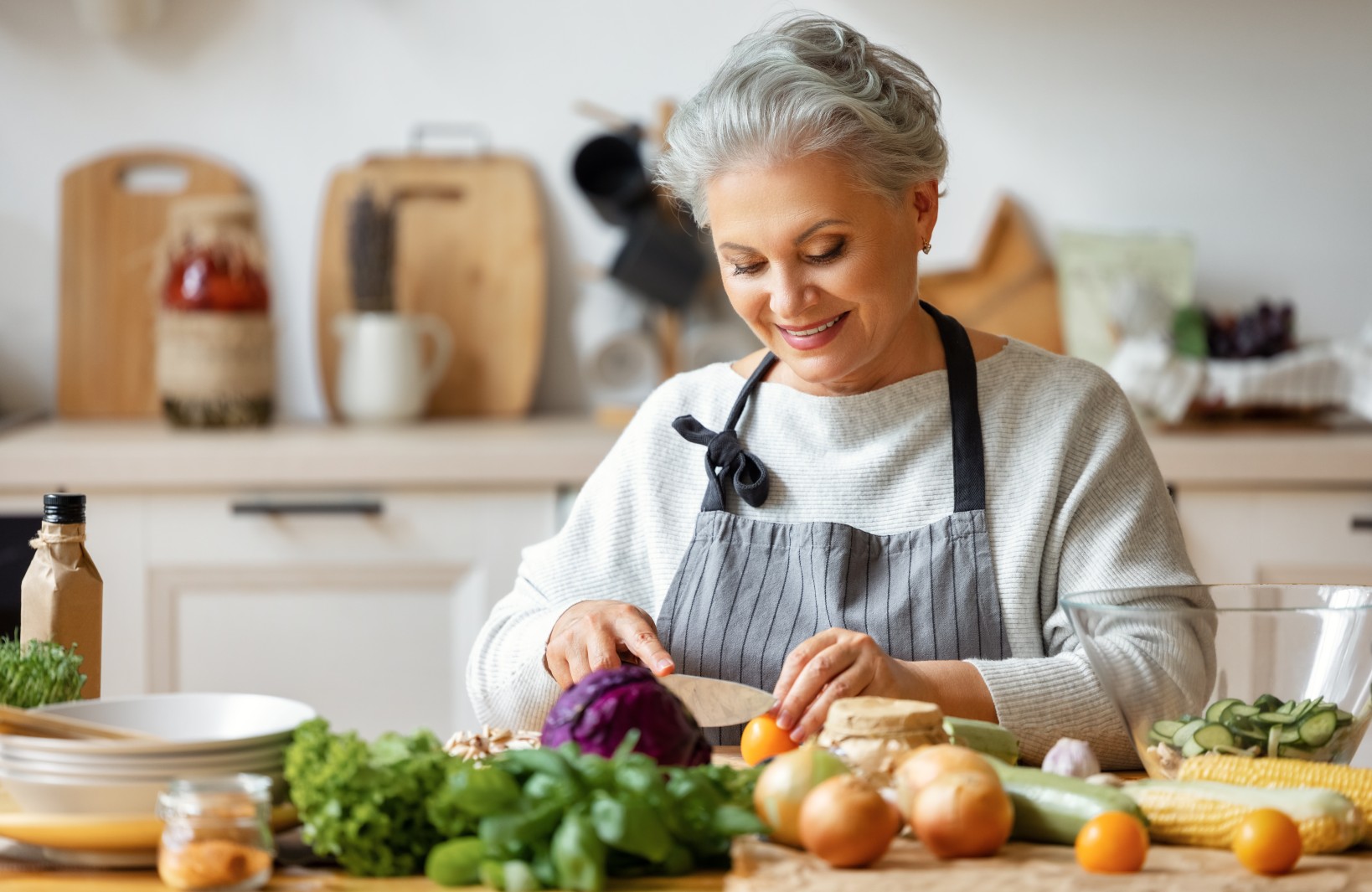 Incredibly Healthy Recipes You Need To Try Out 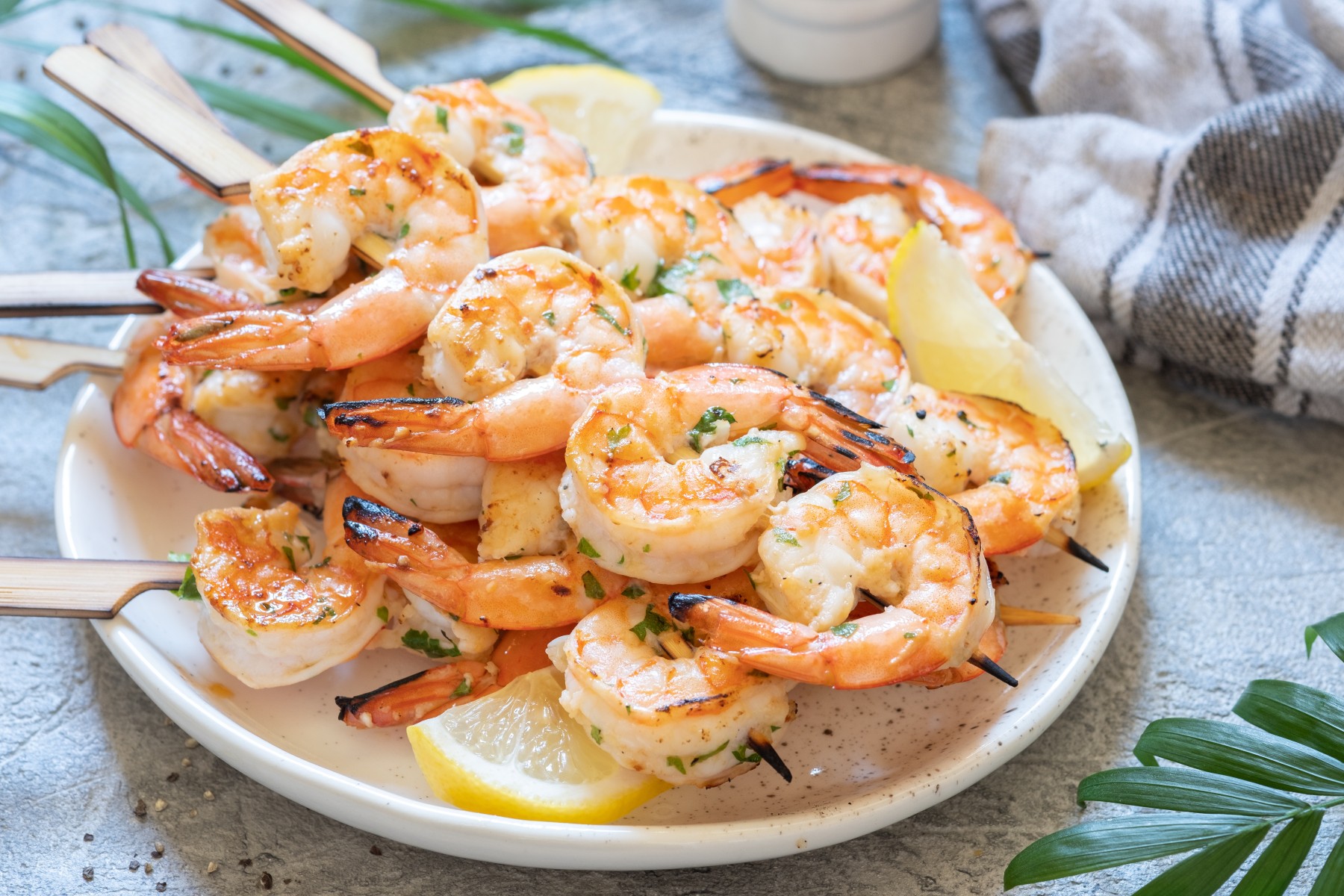