19 Grilled Chicken Recipes From Around the World

Chicken is a lean and tasty protein that stars in a lot of healthy meals, and tossing it on the grill for awhile makes it even better! Here are just a few grilled chicken recipes that’ll take you on a journey from the beaches of Jamaica to the forests of Japan.

Drumsticks are a classic pick for grilled chicken, but this recipe brings in the smooth and savory flavors of the Middle East by turning the drumsticks into chicken shawarma. You’ll need cumin, coriander and cayenne in addition to the usual staples of garlic and pepper. Marinate the drumsticks for awhile before rotating them slowly over the grill in an imitation of the traditional shawarma spit roast.

Have you ever had white barbecue sauce? It’s tart but creamy thanks to a base of mayonnaise mixed with garlic, onion, lemon, black pepper and apple cider vinegar. You can serve it as a dipping sauce or use it to coat an entire chicken; just make sure that it’s brushed on before the grilling for maximum flavor. This is the trick used by Alabamians to make their good old-fashioned soul food.

Light and fresh, this is a healthy grilled chicken recipe that can be used for brunches, parties, game days and more. It marinates the chicken in a sweet mix of honey and orange juice before topping it with a spoonful of avocado salsa made with peaches, plums, red onions and other fresh pantry ingredients. It incorporates a lot of texture, so it’ll be a delight with every mouthful.

Literally meaning “grilled bird,” yakitori is a type of Japanese chicken that makes use of the whole bird, including breasts, thighs, livers, gizzards and cartilage. You can stick with breast meat if you aren’t feeling adventurous, but you’ll want to follow the marinade instructions to the letter. The blend of ginger, garlic, soy sauce and brown sugar will leave you with sticky-sweet chicken bites that taste amazing after a few minutes on the grill.

The only thing better than buffalo wings is grilled buffalo wings, and this recipe lets you prepare them right at home. What makes them so memorable? It’s a combination of the sweet-and-spicy glaze and the unconventional grilling method. While most cooks will tell you to space apart the meat on the grill to avoid overcrowding, these wings work better if you crowd them on purpose to encourage steaming and moisture retention.

Topped with a crunchy coleslaw, these grilled chicken sandwiches will make you the most popular person at the tailgating party. They’re also quite simple to make; the most labor intensive part is marinating the chicken thighs, and you can do that in a cooler while you’re firing up the grill. When you’re ready, get some char marks on the meat before assembling the sandwiches as the ultimate crowd pleaser.

Inspired by the flavors of Thailand, this is one of those grilled chicken dinner ideas that you’ll come back to again and again. It involves removing the backbone from the chicken and laying it flat on the grill so that it cooks evenly and quickly. Before cooking, rub it down with a mixture of pepper, brown sugar, coconut milk and red curry paste. The end result will be an absolute delectable dish that you’ll pluck at with your fingers like you’re on a beach in Ko Pha Ngan.

You might not think of bananas as something that goes with chicken, but you’ll be converted after a bite of this dish! It’s inspired by the flavors of Jamaica, and it results in crunchy black jerk chicken that puts sweetness and spice in perfect harmony. The pickled bananas are just icing on the cake. This is the kind of dish that will turn you into a legend at potlucks and other social gatherings.

This is another recipe that puts a spin on traditional barbecue sauce. It has the usual tang of pepper and paprika, but it’s given even more depth of flavor by the addition of mustard. A tossed tomato salad adds some color and freshness to the plate. It’s an example of healthy grilled chicken that doesn’t sacrifice its finger-licking qualities just because it’s better for you than other dishes of its kind!

This chicken is so good that pieces will probably get stolen from the plate before you can even assemble the tacos. They’re grilled, charred and diced into small crunchy pieces that get tossed with cheese, corn, lettuce, tomatoes and whatever else you like on your tacos. Serve them open-faced on a tortilla or roll them into burritos and dip them in homemade guacamole sauce. The possibilities are endless.

Known as joojeh kebabs in traditional Persian, these chicken thighs are made with a special marinade. You have to grind saffron into a powder before steeping it in water to draw out the fullness of its flavors. If you don’t mind the work, however, the end result will be dazzlingly aromatic; you’ll have to whack your family with a wooden spoon to keep them from coming into the kitchen and smelling it over and over again!

Perfect for summer cookouts, these chicken kebabs are easy to grill and even easier to take with you as you wander around the yard or stick your feet in the pool. Though they’re glazed with things like sesame oil and pineapple juice, all of these juices get absorbed into the meat, so they aren’t drippy or messy in any way. They’ll burst with flavor on your tongue without leaving any crazy clean-up afterwards. Best of all, you can personalize them with your choice of fruits and veggies on the skewers, so it’s an endlessly customizable dish!

There’s nothing wild about this recipe, but if you’re looking for a quick and simple dinner, you can whip it up in no time. It even uses vinegar as a trick for breaking down the fibers of the meat and tenderizing it to fall-off-your-fork goodness. Another nice thing about the recipe is that it can be used for grilled chicken on the stove if you have a grill pan or any other grilling equipment! Who says that you have to grill outdoors to get picture-perfect char marks?

If you’re looking for grilled chicken dinner ideas from Asia, look no further than this rice noodle salad. It pickles its vegetables, including carrot, radish and cucumber, and it serves them with lemongrass chicken on a bed of noodles and topped with a rice vinegar dressing. You’ll purse your lips at the initial tartness before relaxing into the juicy bites of meat and the crunchy farm-fresh greens.

If you need an excuse to eat more peanut sauce, here it is! This chicken satay is already delicious on its own, but when you top it with smooth, thick, creamy peanut sauce, it enters “transcendent” territory. It’s the kind of dish that will stick to the roof of your mouth and coat every inch of your ribs. Eating it is an experience just as much as a meal.

Hailing from Mexico, these chicken skewers have just enough of a kick to suggest exotic origins while also remaining mild enough that they can be enjoyed by kids and other picky eaters. They’re seasoned with flavors like oregano and rosemary in addition to the usual favorites of onion, garlic and lemon juice. A dash of red pepper gives them their fire, and additional sprigs of rosemary give them their style.

Do you like gyros? Perhaps that’s a silly question; everyone likes gyros. Have you ever considered grilling chicken for a gyro-inspired dish that combines the meat with a yogurt tzatziki sauce on toasted pita bead? If you’ve never thought about it before, let this recipe be your inspiration for bigger, bolder flavors in your grilled chicken dishes.

Hailing from Korea, this recipe uses a lot of the same flavors as others from Asia, including ginger, sesame oil, soy sauce, brown sugar and rice wine vinegar. However, it distinguishes itself from the rest with its use of gochujang or red chili pepper paste. This fiery hot sauce is famous around the world for its bold, not-kidding-around levels of heat. Try it if you dare.

Last but certainly not least, we can’t talk about grilled chicken without talking about beer can chicken. It’s a method of grilling that involves stuffing the inner cavity of the bird with a beer can and cooking it entirely upright. Some people swear by it; others insist that it’s all nonsense. You won’t know until you’ve cooked it and tasted it for yourself, so put this grilling method on your bucket list for your next backyard bash. 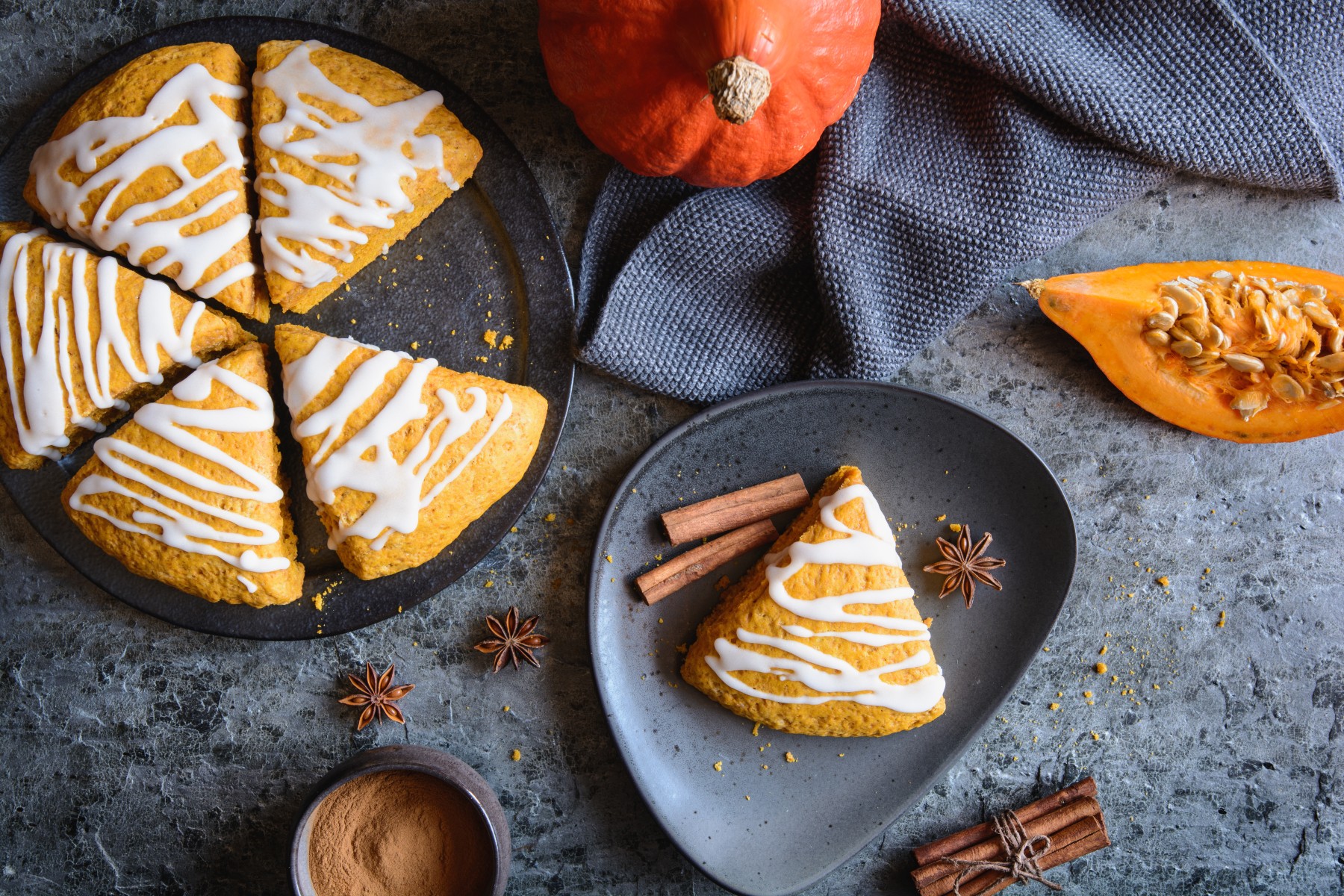 12 Autumn Inspired Scone Ideas To Spice Up Your Season 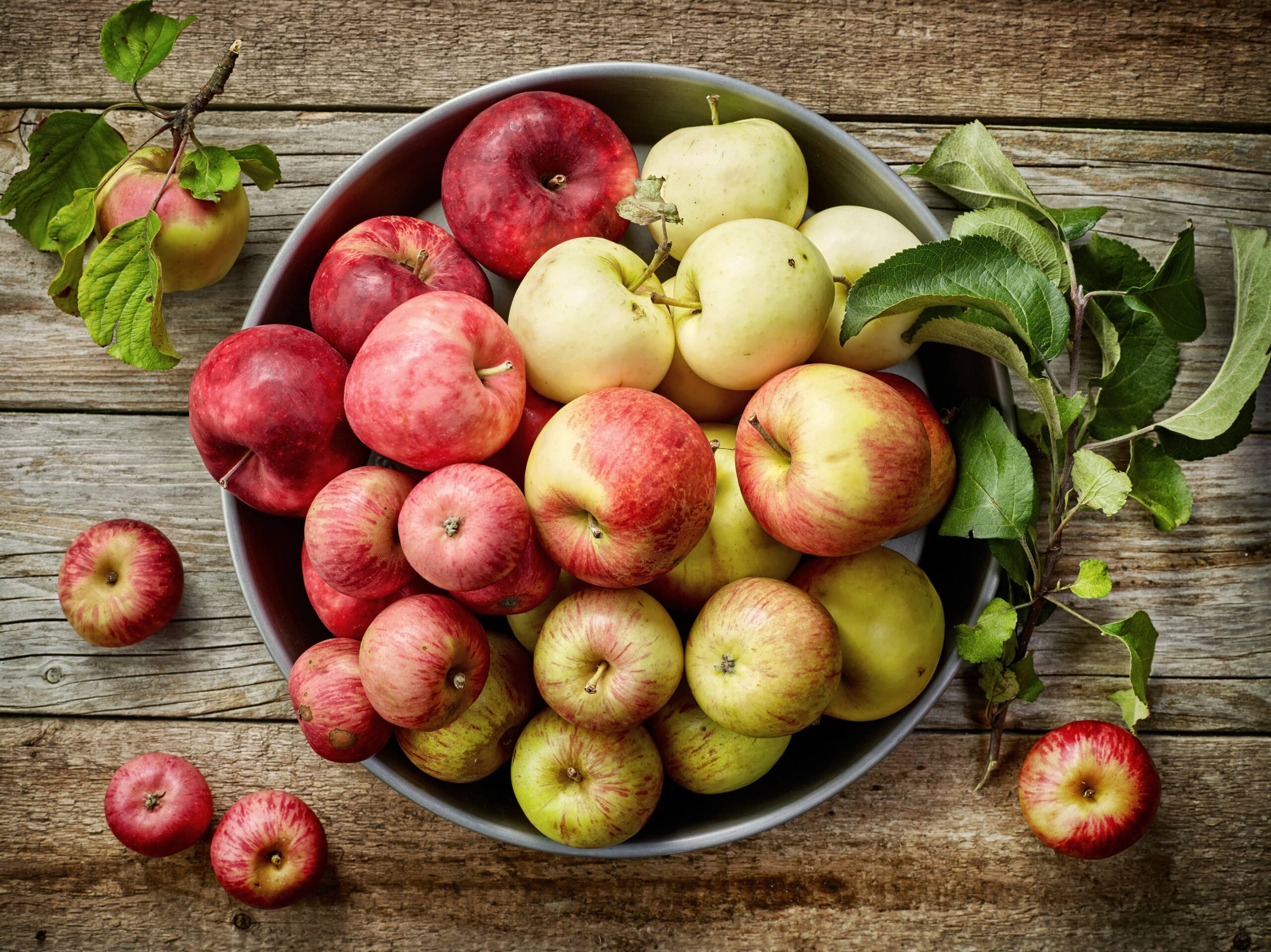 The Amazing Apple: Dishes for All Occasions 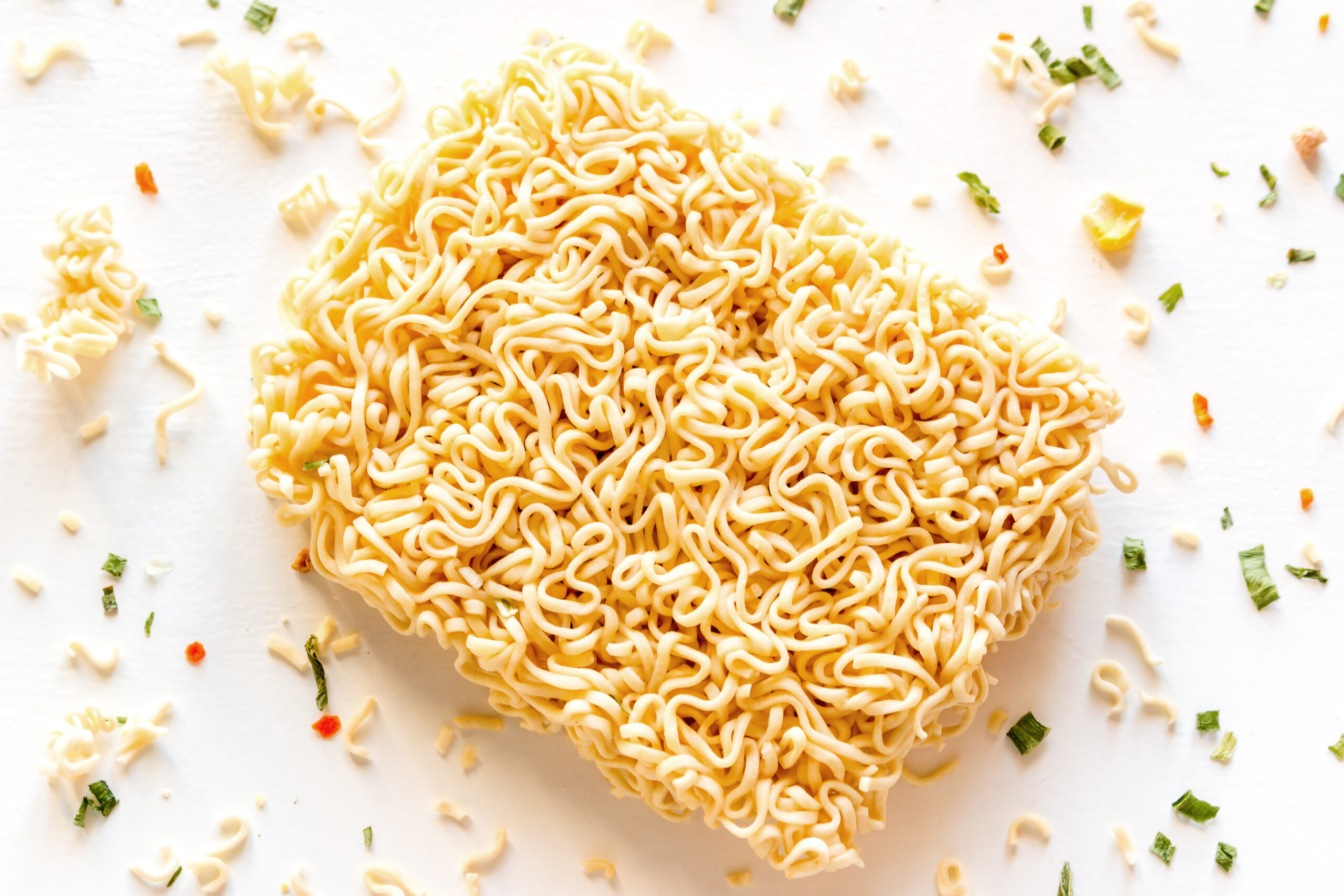 12 Fun and Creative Ramen Hacks for a DIY Dinner 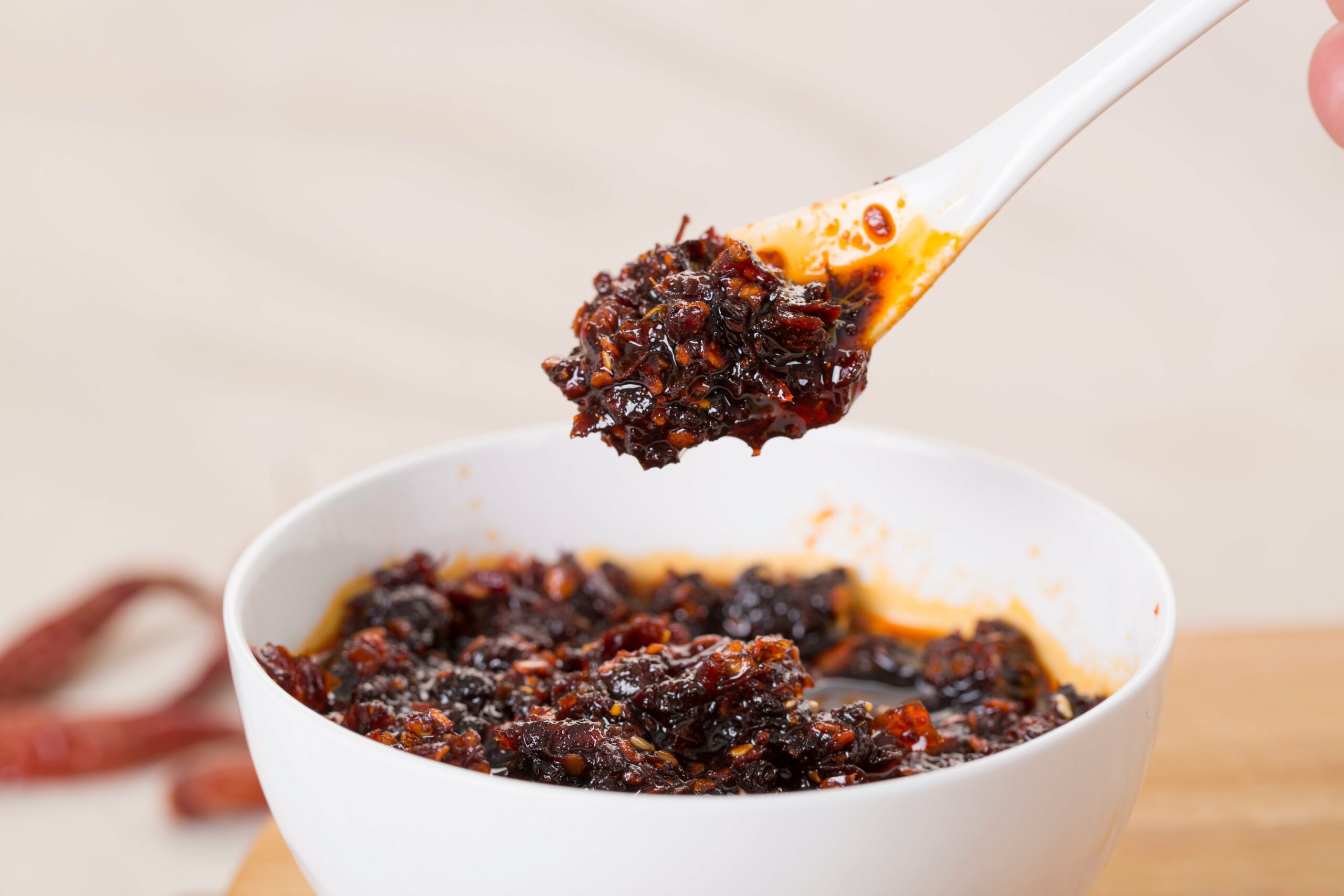 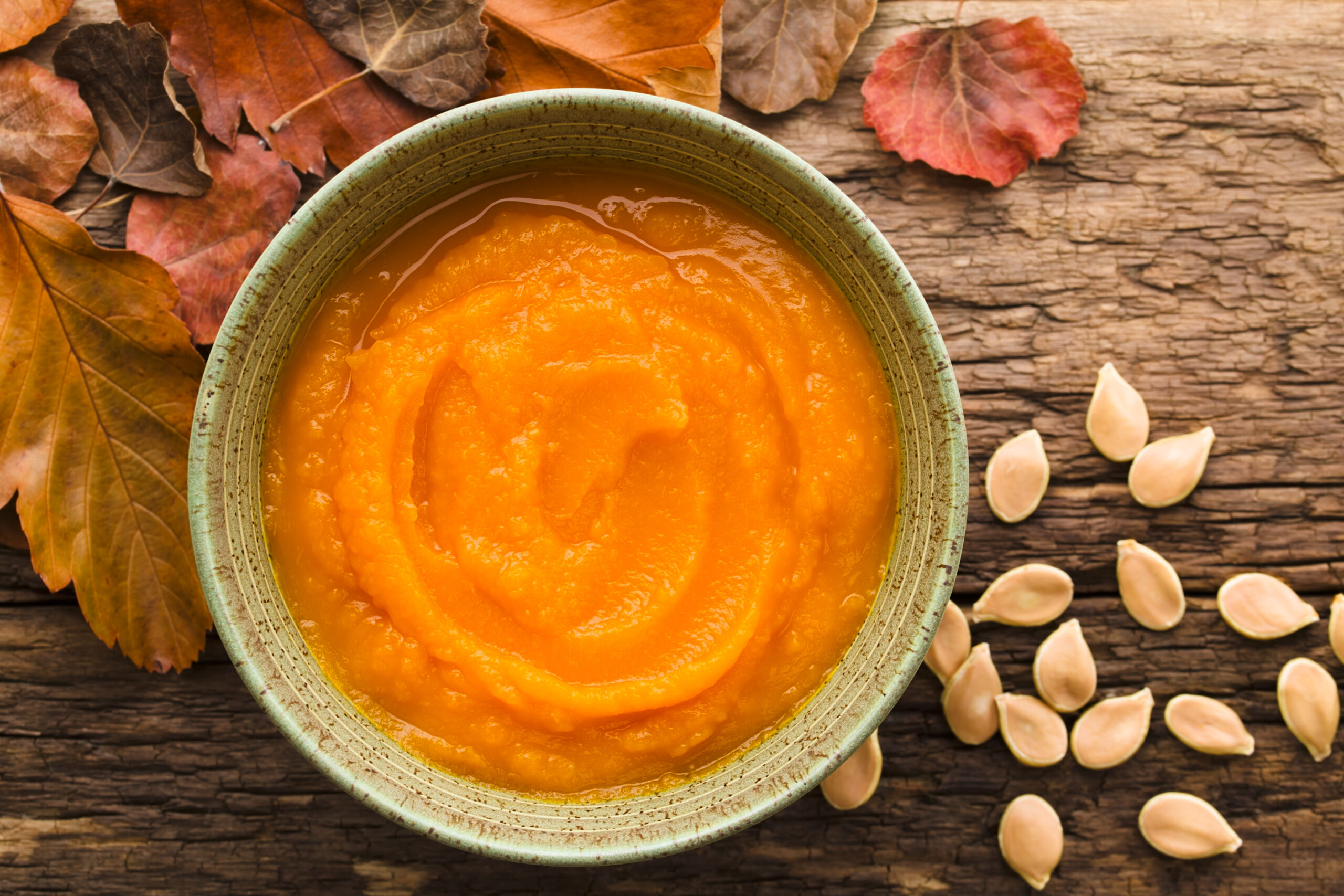