Wake up, sleepyheads! You don’t want to miss National Doughnut Day! This lighthearted holiday may seem like a silly excuse for people to satisfy their sweet tooth cravings. However, the doughnut-centric celebration actually pays homage to one of America’s most unlikely wartime heroes.

We took a deep dive into the history of the world’s most beloved breakfast pastries and discovered the meaning of National Doughnut Day. While we were at it, we scrounged up five irresistible doughnut recipes.

As the data shows, Americans love doughnuts! They are the go-to pick for office parties, post-game celebrations, and on-the-go breakfasts. At the end of the day, the only thing we have left to debate is our favorite varieties.

The Birth of National Doughnut Day

Each year, on the first Friday of June, people around the United States come together to celebrate National Doughnut Day. The sugar-coated holiday commemorates the charitable contributions of the Salvation Army volunteers who journeyed to World War I battlefields in hopes of easing the burden of frontline soldiers.

Colonel Helen Purviance and Margaret Sheldon were two volunteers that made up the predominately female volunteer force stationed alongside American troops in France. These savvy ladies used their wit and ingenuity to make and distribute hundreds of doughnuts. The wary soldiers ate them up and demanded more. As it turns out, every cloud really does have a silver lining.

The cleverly crafted pastries were so memorable that members of the armed forces sought them out even after settling in back home. It did not take long for bakeries around the country to bump up their doughnut production.

Purviance and Sheldon had no choice but to prepare their ring-shaped treats with the help of crude and often improvised tools, including wine bottles, oil lamps, and coffee percolators. However, when inventor Adolph Levitt caught wind of these crowd-pleasing treats, he developed an automatic doughnut maker. Unlike the disobedient apparatus in “The Doughnuts,” Levitt’s machine was a tremendous success. He went on to make millions. Plus, his appliance served as the inspiration for the machine used by Krispy Kreme, the county’s first commercially successful doughnut shop.

While it’s hard to pinpoint a specific time in history when the doughnut was born, rumor has it that the holed treat we’ve all come to love was the brainchild of a hungry teenager by the name of Hanson Gregory. As the story goes, Gregory was out to sea on a lime-trading schooner when it dawned on him to cut a hole out of the middle of his dough ball. Rumor has it that he was not a big fan of the often uncooked centers of traditional deep-fried pastries. We can’t thank you enough, Gregory!

In our humble opinion, the perfect Old-fashioned doughnuts boast a moist, crumbly base and plenty of sugary coating. Our go-to old-fashioned doughnut recipe comes from Tessa Arias’s Handle the Heat. Arias’s sour cream doughnuts taste just as good as your favorite store-bought ones. Since the recipe doesn’t call for yeast, there’s barely any waiting time. The deep-fried delights are crunchy on the surface and perfectly cakey on the inside. You probably don’t want to add this indulgent recipe to your daily menu. However, you needn’t make any excuse if you want to whip it out for the upcoming holiday!

Are you looking for a crowd-pleasing glazed doughnut recipe? The New York Times’ formula for classic glazed doughnuts is a little intensive. However, it’s well worth the effort. The deep-fried base is highlighted by a basic sugar and vanilla glaze. We love the simplicity of the pair. However, no one is going to stop you if you change things up a bit.

Gemma Stafford’s Bigger Bolder Baking has a doughnut glaze base that can be spiced up to accommodate a wide range of cravings. Of course, you can’t go wrong with a coating of chocolate or a layer of rainbow sprinkles.

Mochi doughnuts can be traced to Hawaii. These tasty treats are made from mochiko and tapioca rather than traditional wheat flour. They are typically formed into a ring of balls before being doused in a variety of sweet fruit-flavored glazes.

Epicurious’s mochi doughnut recipe is a real crowdpleaser. The instructions call for a mixup of raspberry, black sesame, and matcha glazes.

These exotic treats are a surefire way to spice up this year’s National Doughnut Day festivities.

While apple cider doughnuts are obvious autumn staples, we’d be happy to eat them year-round. Sally’s Baking Recipes has a scrumptious baked apple cider doughnut recipe. Since these cakey delicacies aren’t born out of a bath of oil, we’d like to think that they’re some of the healthier options on our list. The recipe calls for condensed apple cider. The juicy reduction is responsible for a mind-blowing amount of flavor. The tart apple hints expertly complement the obligatory cinnamon-sugar coating. The entire recipe takes less than an hour to complete. A single batch produces a dozen doughnuts!

Not all doughnuts have holes! Step up your Doughnut Day production with some jelly-filled treats. We loved the raspberry jelly-filled doughnut recipe from Mashed. It calls for a yeasty dough that’s deep-fried in sizzling hot oil, filled with homemade raspberry jam, and dipped in crystalline sugar. There’s literal goodness in every single bite. Plus, you can easily switch up the filling. According to the recipe’s author, popular alternatives include Nutella, blackberry, rhubarb, and blackcurrant.

Kickass Baker’s blueberry cake doughnuts are packed with explosive flavor and texture. These baked treats have a crunchy outer shell that holds up well under a heavy drizzle of vanilla glaze. Their insides boast bite after bite of cakey goodness.

The Boston cream doughnut is an enticing breakfast treat that was born out of the country’s love of Boston Creme Pie, a sweet treat created at Boston’s Parker House Hotel during the early 1850s. Like Boston creme pie, these doughnuts feature a yeasty deep-fried base with dense vanilla custard filling and a glossy chocolate topping.

Check out Sugar Spun Run’s take on Boston creme doughnuts. The recipe calls for lots of milk, heavy cream, vanilla, and butter. Each step is made clear by accompanying photographs. You’ve got your work cut out for you between the dough, custard, and frosting. However, once you taste these homemade treats, you’ll never be able to switch back to the store-bought ones.

Even the most vegetable-hating children (and grownups) can’t resist the deliciousness of potato doughnuts. Taste of Home has a delicious and easy mashed potato doughnut recipe. We also love New England Today’s Maine Potato Doughnut recipe. These doughnuts get their smooth texture and buttery flavor from Yukon gold potatoes. While the instructions call for a simple sugar coating, you can easily top the cake-like rings with any glaze or frosting.

Red velvet cake originated during the Victorian Era. It was during this time that bakers began incorporating cocoa powder and dye into their baked goods. Of course, when you label sometime red velvet, it automatically seems more sophisticated and cultured.

Preppy Kitchen’s ultra-moist red velvet doughnut recipe is completely irresistible. These red treats are supposed to have a light, crumbly base and a fluffy cream cheese topping. They look extra fabulous with a bit of red velvet cake crumbled on top.

While crullers aren’t always ring-shaped, they’re always made from the same type of leavened doughnut dough.

The Food Network’s glazed cruller recipe makes it easy for you to create these seemingly complicated twisted French treats from the comfort of your home kitchen. You probably already have most of the necessary ingredients on hand. While traditional French crullers have vanilla sugar glaze, you’re welcome to get creative!

There are millions of ways to celebrate National Doughnut Day. Give one of our favorite doughnut recipes a go, or head to one of your favorite bakeries. Are you not into doughnuts? Try Once Upon a Chef’s powdered doughnut cake or Posh Little Design’s mini doughnut ice cream pops. Many local establishments hold National Doughnut Day promotions. In many cases, that means you can score free or discounted doughnuts.

Doughnut about you, but we will definitely be celebrating!

Sharing is caring! Did you find this content useful? Feel free to bookmark or to post to your timeline for reference later! 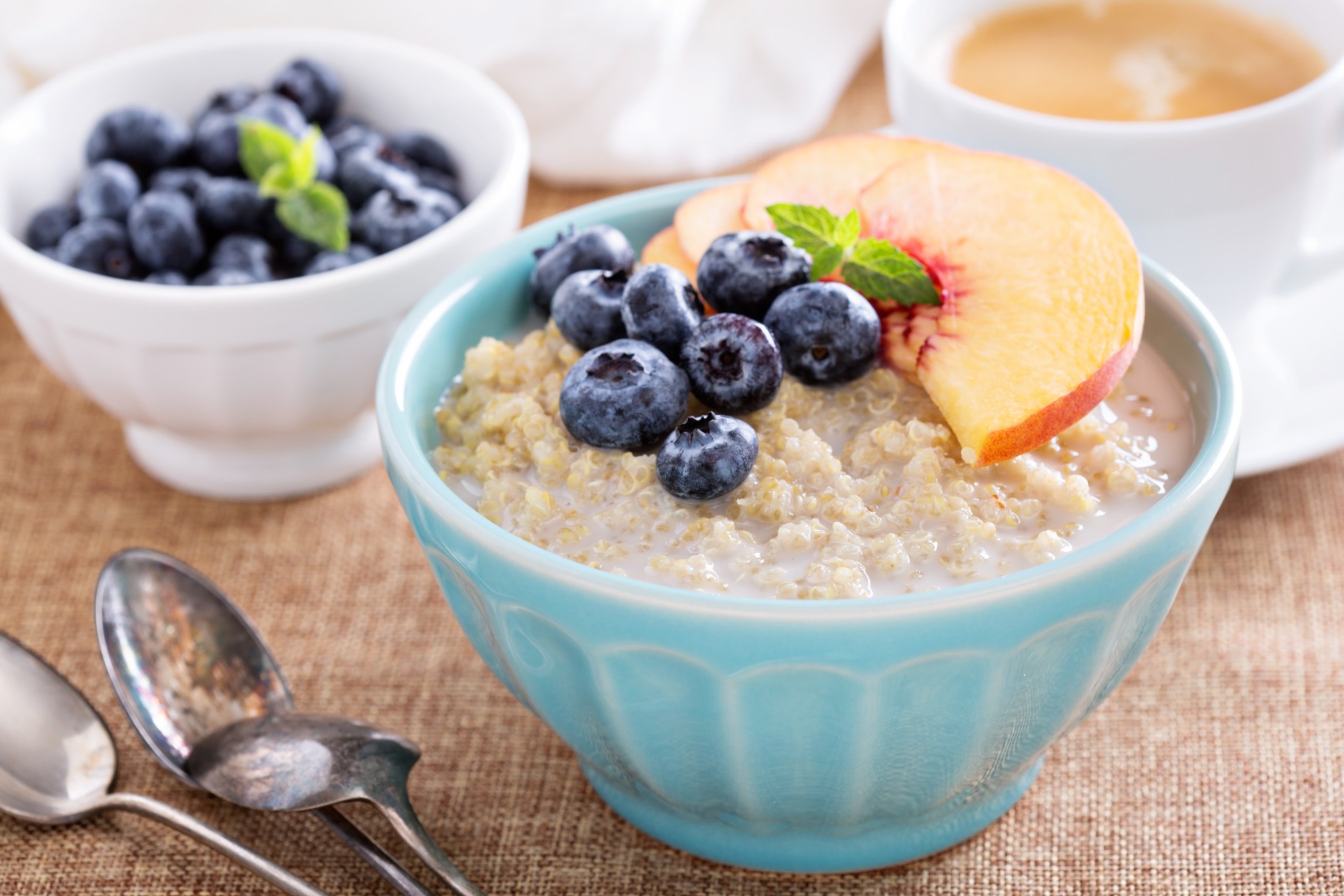 The Best Breakfast Ideas For People With Diabetes 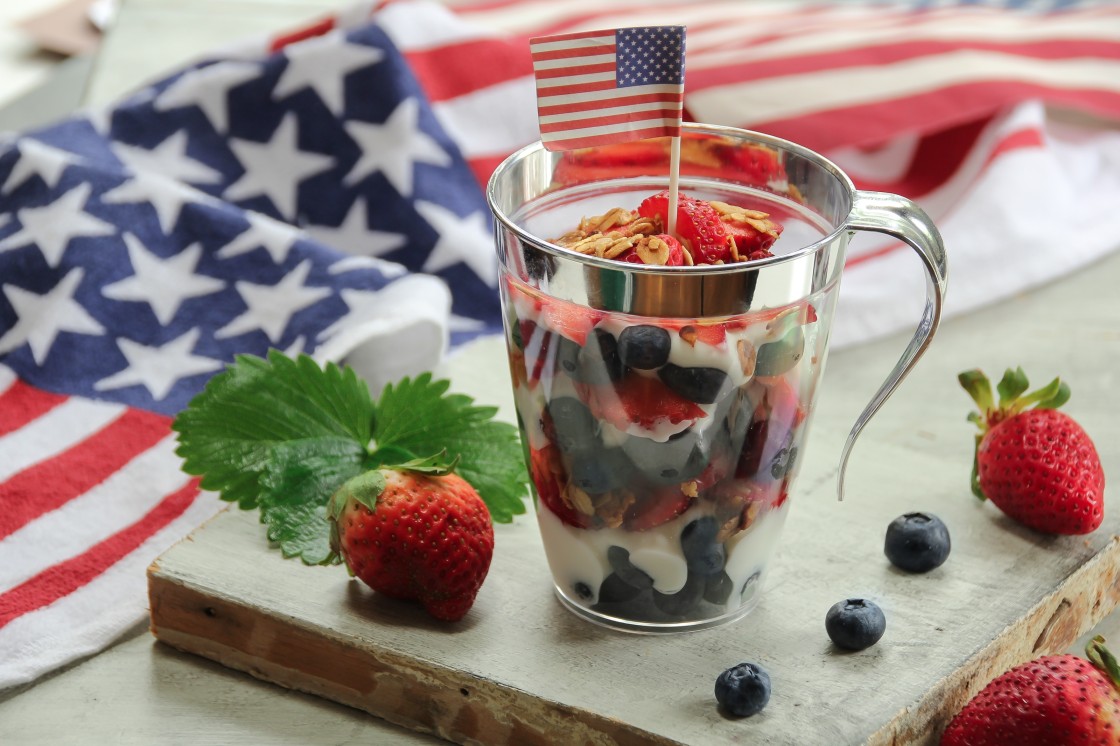 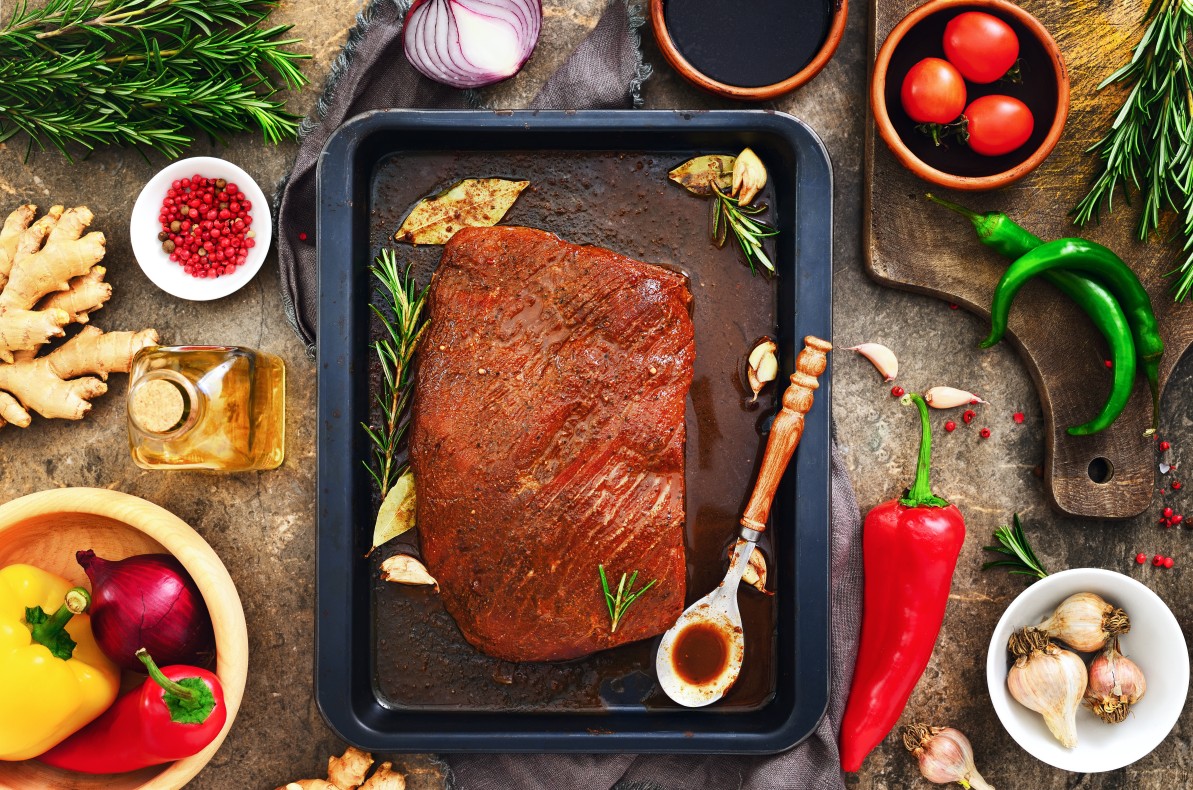 8 Amazing Steak Marinades That Will Rock Your Grill 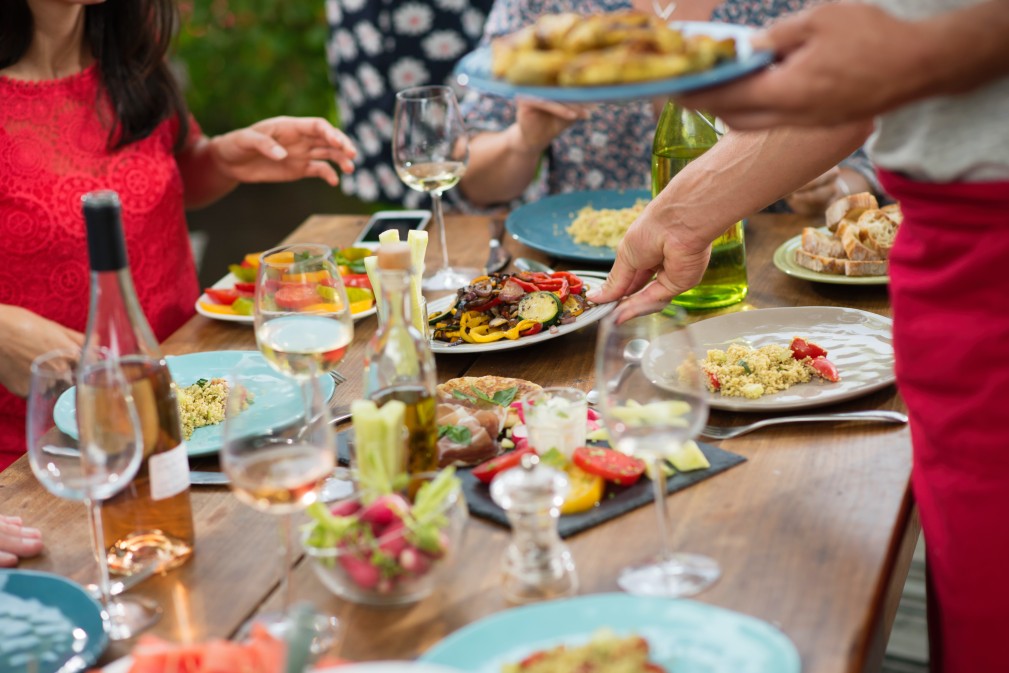 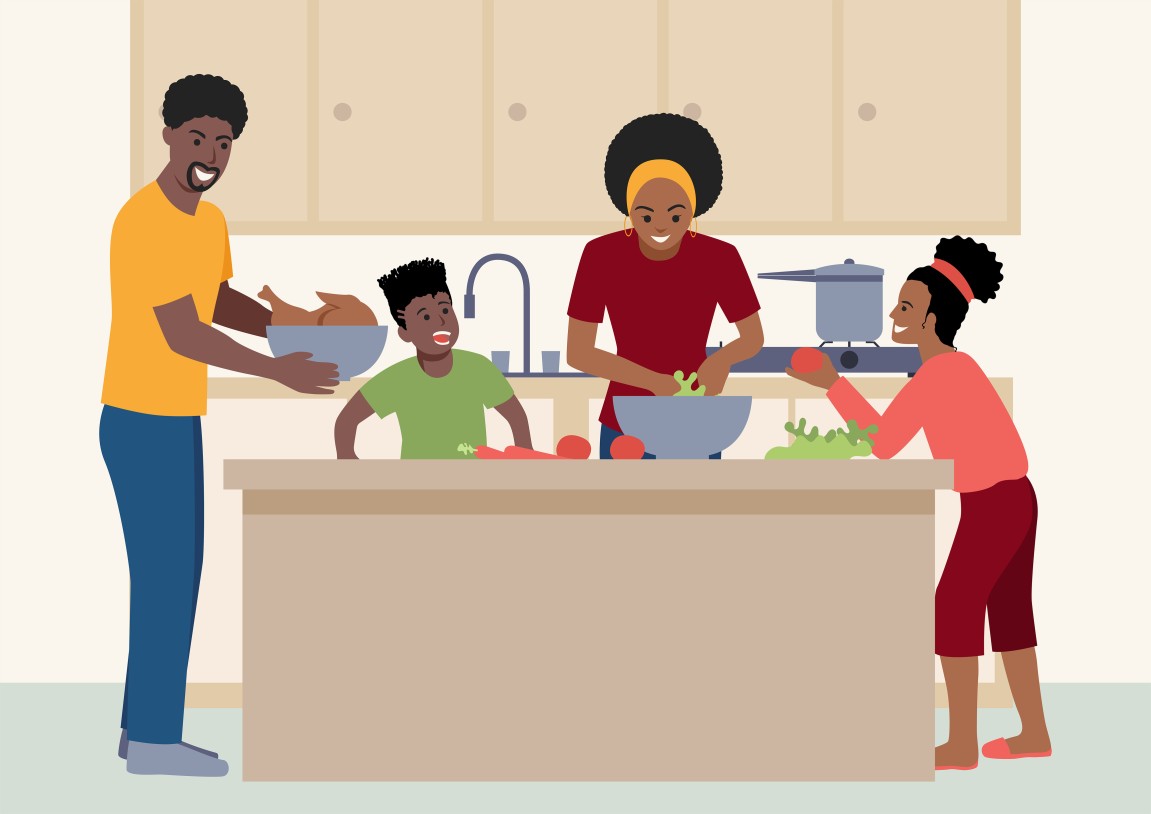 Celebrate Juneteenth With These Delicious Recipes!